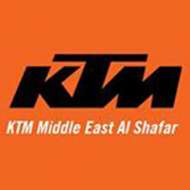 This user has not added any information to their profile yet.

Since December 2003 KTM AG (former: KTM Power Sports AG) has been listed on the Vienna Stock Exchange and forms the roof above the KTM Group. KTM-Sportmotorcycle AG based in Mattighofen is the operative company of the Group and manufactures and develops race-ready offroad and street motorcycles. KTM products are distributed globally via 23 sales companies and two joint ventures in Dubai and New Zealand to more than 1,100 independent dealers and importers.

Being global leader in the offroad competition segment KTM started in 1994 to develop and produce street motorcycles. Since 1995 KTM-Sportmotorcycle AG develops and manufactures not only vehicles with the brand “KTM”, but also “HUSABERG” motorcycles and entered the automotive sector in 2008 with its super sportscar X-Bow.

In 2007 KTM entered a partnership with the Indian Bajaj Group, the second biggest motorcycles and three wheeler manufacturer in India. The focus of the cooperation lies on the common development of street motorcycles in the entry segment 125 to 390 cc, produced in India under the brand KTM and launched by both companies in their core markets. Last year the first jointly developed model (125 Duke) was launched successfully on the European market. With the 200 Duke, first presented in January 2012, KTM enters the Indian market together with Bajaj. The 200 Duke is the first model, which is available worldwide.

Since day one motorsport has been the main focus of our brand, which is underlined by our more than 200 championship titles. Motorsport provides the ideal environment to test and further develop the newest materials and technologies under the toughest conditions. True to our motto “Ready to Race” the knowledge gained in motorsport can be directly adapted in serial production.